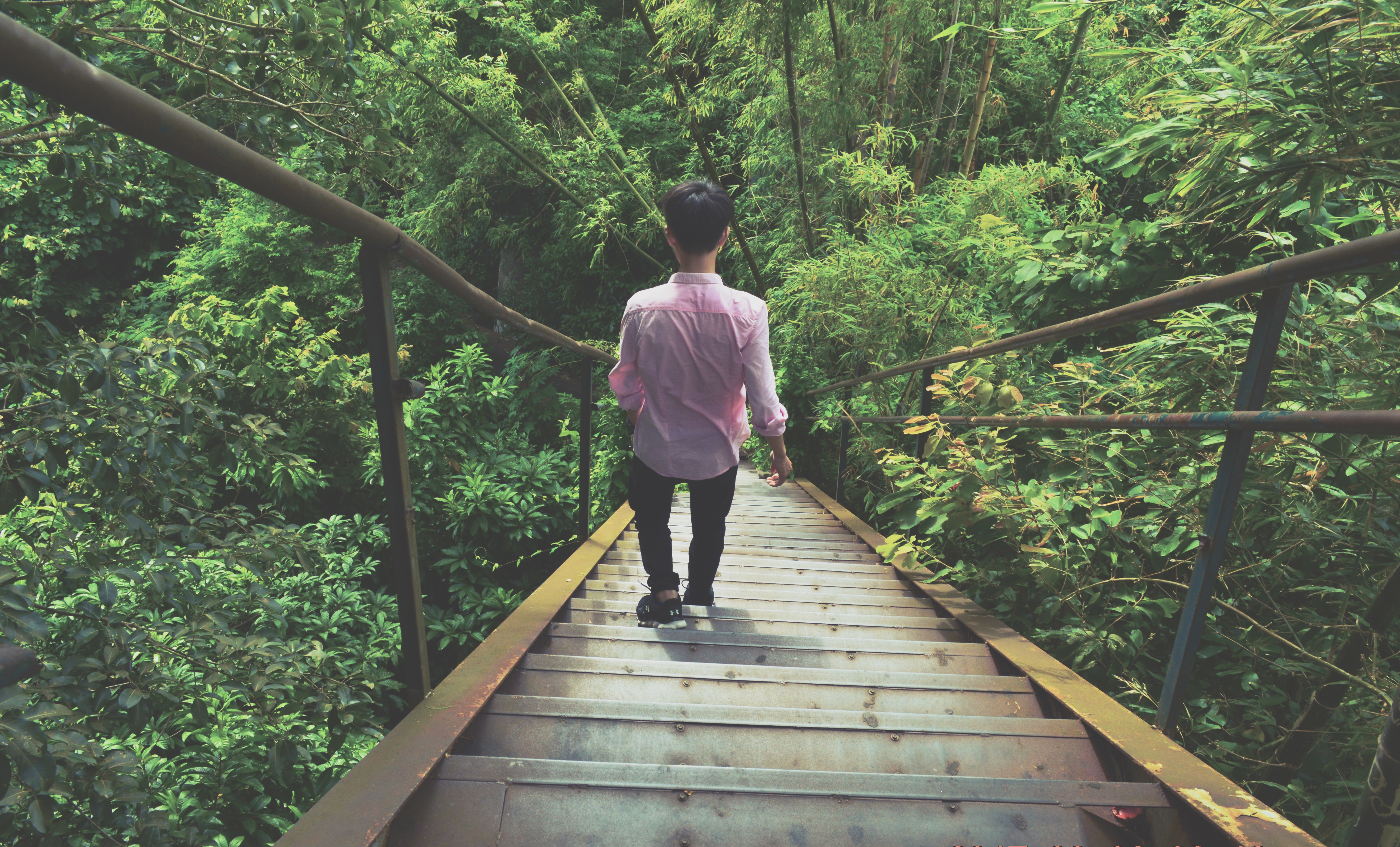 Most people know instinctively that time in nature makes you feel … better. Somehow relaxed, refreshed, restored. Whether you’re a park runner, a wilderness hiker, or just a fan of an ocean view, you know that spending time in natural settings is good for you.

But did you know it’s also good for your brain?

And it doesn’t apply only to geniuses. There’s loads of science showing that nature can make all of us not only feel good but also think better.

Sounds great – so how does this work? Is it, like, a hike a day? Or will my annual trip to the coast do? Luckily, scientists like to quantify things. So there’s a bulk of research on how much nature you need, and what sort of nature you need, to make a difference to your life. And the results may surprise you.

Let’s dive into the evidence – how much you need (or let’s be honest, how much you can get away with), where to find it, and what the benefits are.

We’ll start by cutting to the chase: can time spent in nature actually make you perform better at work? The overwhelming output from the research community is HELL, YES! Natural environments enhance your ability to concentrate, decision-make, and go error-free as you work.

The formal name for this idea is Attention Restoration Theory, or ART for short. The 1980s brainchild of psychologists Rachel and Stephen Kaplan, ART asserts that paying attention to nature is effortless, so combats mental fatigue.

ART says that there is something in you that intrinsically immerses in natural experiences. This is in contrast to difficult mental tasks, which require you to consciously focus your attention. If you’ve been in focus mode for a while, you get tired. But the easy fascination of nature relaxes your mind, and your capacity for deliberate concentration is revived.

Stephen Kaplan thinks it’s because nature is gentle with you, whereas an urban environment is always screaming for your attention. (Cities = ambulance sirens, nature = birdsong and butterflies.) In science-speak: “Nature modestly grabs attention in a bottom-up fashion, allowing top-down directed-attention abilities a chance to replenish.”

This is one reason our Quests – the active meditations FLOWN offers - are often nature-based. The idea is that by getting outside and switching off your cerebral side, you can restore your ability to pay attention. It’s a genuinely productive break.

The nature of the beast

So the idea is nature restores focus – sounds sensible. What’s the evidence? Well, numerous studies have looked into ART since the Kaplans proposed it.

In one example, a band of scientists from UC Irvine gave people a tricky mental test, and then sent them on holiday. Half the people went on a city break, while the other half went to the wilderness.

Guess what? The ones who went to the wilderness outperformed the city breakers when they got home and re-sat the tricky task.

In another study, time spent gardening restored calmness to patients living in a psychiatric unit, and the break gave them headspace to gain insight into their illness.

But it turns out that you don’t have to journey into the wilderness or even into the garden to see benefits, as shown in a study by environmental psychologist Rita Berto. Rita first made her participants mentally tired by giving them a ‘sustained attention test’. She then let them look at a load of photos in their breaks. Some looked at lovely green scenes, some at boring geometric patterns, and some at non-green environments.

You can probably guess the rest. Yep - only the participants who looked at ‘restorative environments’ performed better when they re-sat the task.

So, you don’t even need to be in nature to feel its benefits. How far can you push this thing?

Well, one research group at the University of Melbourne took ART to extremes by dramatically reducing exposure times. They’d noticed that in ‘looking at photos of greenery’ studies, participants tended to gaze for less than a minute, unless they were specifically asked to look for longer. So the Melbournians gave their subjects the usual attention task, and after five minutes, gave them a mini-break – for just 40 seconds.

The break was an image of a rooftop that appeared on the computer screen. Half the participants saw a plain concrete roof surrounded by tall buildings, the other half a pretty rooftop meadow. The pretty meadow group saw a 6% performance improvement afterward, while the concrete crew saw an 8% drop in their performance.

Wow – simply changing your screensaver can boost your brainpower by almost 15%! Imagine what actual nature could do for your mental abilities?

Answering the call of the wild

Knowledge is power, right? Now you have have hard science to back up your inkling that nature is good for you, you can take action.

A recent big study into well-being and nature found that two hours per week is the sweet spot for achieving long-term mental and physical health benefits. That’s good to know. But as the studies discussed above show, concentration and focus can be impacted much more quickly than that.

Here are some ideas to get you started:

And next time you’re booking downtime destinations, remember the intrinsic value of nature, and the lessons learned thanks to ART. Swap out London, Paris, and Prague for a restorative country break.

Ode to the outdoors

How to Quest best